Before I was married, I remember people saying “Oh I’m so glad I married my best friend.”
I thought that sounded nice. But honestly, and I probably couldn’t have articulated this until recently, I didn’t marry my best friend… at the time.

Ben and I met (as in, met-for-the-first-time-hi-nice-to-meet-you) and got married within 11 months. We spent time together nearly every day for the first 5 months and then he spent the next 5 in Costa Rica. When he came back, we got married. So, at the time of our wedding, he wasn’t my best friend. He was definitely my friend. We had so much fun together. And we were completely smitten with each other. I mean, we moved our wedding date up 3 times. (And no, there was no baby.) 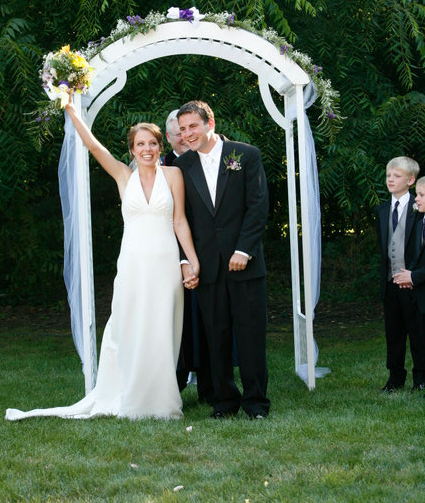 But, there was a LOT we didn’t know about each other. (Ben jokes that if one of our daughters comes to him like we came to my parents after a few months, he’ll say ‘no way.’)  🙂

I thought I was marrying this semi-cool guy, the kinda quiet and mysterious type who made me feel all warm and fuzzy. He didn’t have all the spiritual checks I thought he ‘should’ from my evangelical-church-youth-group-upbringing…
He thought the type of church I grew up in was weird.
The feeling was mutual.
Then, there was the giant Bob Marley tattoo on his leg that he had gotten…. recently.
And some piercings.
But he started reading the Bible. A lot. And it seemed to be real for him. And he was sure he had gotten saved at summer camp in high school. But he hadn’t been living like a Christian for a long time. 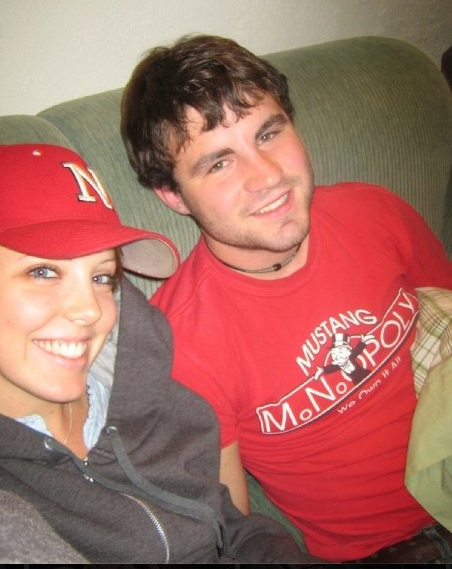 I had a very mixed heart when we were first dating – on one hand, he was so nice. and funny. and I really liked him. On the other hand I worried he was like some other guys I dated that I knew I shouldn’t but did anyway and always regretted.

I had given that whole dating scene up by now, tired of the broken-heartedness that came from pursuing what felt fun in the moment but what I knew was wrong in my spirit. It always led to hurt.
I didn’t give all that up on a whim either. It was a big deal, and I was genuine when I gave it up.
But then, I met Ben. And I was sure that I liked Ben. Ya know, like-liked him. A lot.

So, I just prayed and prayed that first month we were dating.
Is he the one?
Is the internal conflict I’m experiencing a sign we shouldn’t be together?

I tend to be indecisive. I mean, I agonize over curtain colors. So, a husband….

One of the first few times we hung out I told Ben, “I’m done dating around. I only want to date someone if we’re going to get married. So we can hang out and decide to get married, but if we decide not to get married, then it’s done right then and there. ”

After we’d been hanging out or dating or whatever you want to call it for about a month, Ben’s dad came to Chicago to visit him and scope me out. [I didn’t know that was the reason for his visit until just recently, as in 3-ish weeks ago!! I thought he just wanted to see where Ben was for a semester. haha!]

Well, you know the rest. We got married, said “I do,” couple kids, couple moves, and here we are… almost 5 years into marriage. There was so much we didn’t know about each other. (And judging from the first few years, we still have a lot to learn.) But also, we’ve each changed so much. In some ways, we’re different people than we were 5 years ago. We’ve changed and grown together.

And now, I can honestly say, he’s my best friend.

Recently, Ben and I were reminiscing and realized – he had no idea “what he wanted to do” in terms of a career after he finished school. We laughed as we remembered that I didn’t even really ask what he was going to do after school. We were too busy being in love and moving up our wedding date.

He was finishing up his undergrad with a sociology degree. (You have to have one if you have a Bob Marley tattoo.) Then, he did the first two years of a PHD sociology degree, and after the 2 year masters program was done, he went to Harvard for a masters in computational science and engineering. He’s a “data scientist.” aka: full blown nerd.

When we got married, I didn’t even know he liked math. He knew he was pretty good at it, but if you would have told him he’d be a data scientist in a few years, I’m sure he would have laughed at you. Or probably politely nodded because he’s nice like that.

we said, “till death do us part,” and that was that.
Plus now, we’re best friends.