I often suggest to people to try using all cash if you’re new to budgeting. We used to do cash for everything. Then, I cut back and only used cash for only groceries and my “blow money” spending. After a while, we gave up cash and used debit cards with the Everydollar budgeting tool (which I reviewed in full here.) Then we switched to YNAB. Now we use YNAB with our credit card (which we pay in full weekly).

1. Cash is easier to track.

You don’t have to enter every transaction in a spreadsheet when you spend cash. Say you budget $200 in groceries for the week. On Sunday, you go to an ATM, take out $200, note the -$200 on your spreadsheet/ online budgeting tool, and you’re done. You’ve essentially “spent” the $200 out of your budget and now you carry it around in your wallet or envelope, knowing it’s for groceries.

No further tracking required for the week. You could take out a whole month’s worth of grocery money, but I don’t like carrying that much cash on me, personally!

If you allow yourself $100 in spending money for the month, you just take it out at the beginning of the month, note it on your budget sheet, and that category has also been dealt with.

When you use cash for a category, it feels more like tracking your rent payment or utilities payment, because the money comes out one time each month!

When you take out cash for a given category, you just do it once or twice in a month, and it’s so much easier to keep track of. Then when it’s gone, it’s gone.

2. It feels more like spending money when you pay cash.

You’d be surprised how many more times you’ll think, “nah I don’t really need that” when you’re paying real cold hard cash. Don’t believe me? Give it a try. What do you have to lose?

I heard about a study where researchers stood outside a mall and asked people how much they had spent (if they had made a purchase in the past 10 minutes). 100% of the people using cash knew the amount, within a $3.00 error range.

Of the people using plastic, only 30% got within $3.00 The rest were off by more than $3.00. Ever since hearing that, I’ve noticed it in myself… if I’m swiping even my debit card, I basically tune the cashier out and often notice that I have no idea how much I just spent. When I pay cash and have to count it out, I always know.

We could have a whole discussion on the pros and cons of cash versus credit but let’s save that for another day. But my bottom line is this: if you’re new to budgeting, cash makes tracking your spending easier. 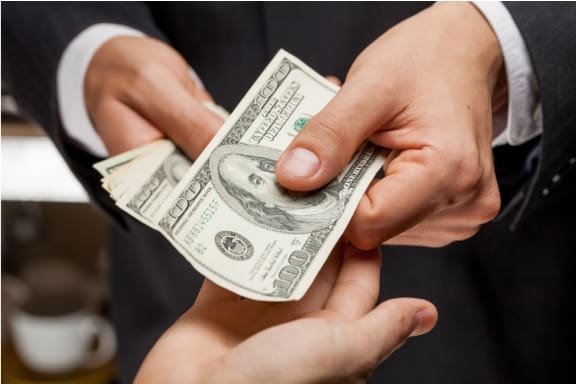 HOW WE USED CASH

Paying in cash is going to look different for different people.

I worked on a budget with someone who is single. Their spending habits were very simple. Bills were fixed amounts and paid via direct transfer or check. Besides bills, all this person spent money on was food and miscellaneous spending money.

He decided to allow $400 a month total for both food and spending money. He got paid twice per month. On payday, he withdrew $200 and put it in his wallet. That had to last him 15 days. On the next payday, he withdrew the other $200. There was no need to keep receipts or track spending or categorize anything.

Budgeting can be this easy! He looked at his income, assigned amounts to each category of expenses, and took out cash for every-day spending. Taking out a predetermined amount of money for food and miscellaneous spending purchases freed him up from wondering if he had enough in his account as he was swiping his card. It allowed him to find “extra” money in his budget for savings goals and debt pay-down.

I have another friend who takes out a lump sum cash each week. They make a monthly and annual budget and divide the total amount of variable expenses out into 52 weeks. She withdraws that number from the bank every week and just has it in one place and knows it has to last the week – groceries, entertainment, birthday gifts, whatever.

We’ve decided to divvy up a few of the categories we spend cash in. Our method is a little more ‘micro managed’ only because I don’t feel comfortable doing lump sum like that yet. I’m too much of a “spender,” so I feel like that wouldn’t work for me… I think I would spend it all in weeks 1 and 2 and we’d have to eat ramen for the last 2 weeks.

Idea #3: The Envelope Method (This Was Our Exact Method For a Long Time)

Depending on the amount in your categories, and how many categories you are getting cash for, you may need to write out the denominations you want for the teller. I usually did it like this:

We used to do cash envelopes for every single thing that wasn’t a “bill” like utilities or cell phone or rent. All the aforementioned ones {plus} hair cuts, medical expenses, travel money, clothing, kids stuff, and on and on. It was tedious at the beginning of the month, but then it was kind of nice because there wasn’t much tracking to do. Once we took it out in cash, it was “spent” from the budget spreadsheet.

If we wanted a certain category, for example, gifts, to add up, we just put that envelope in a drawer, didn’t spend it, and kept adding to it every month. Then when we had a gift to buy, the money would come out of there.

Should We Spend With Cash Forever?!

That’s up to you! I really do think cash is the simplest way to track most spending, but a lot of people find they lose track of cash or just don’t really want to keep hassling with the whole bank/ envelope process I described previously.

Once we finally figured out an easy way to track our debit card spending (Everydollar, YNAB, spreadsheet, etc…) and agreed that we were in the habit of only spending what was allotted for the month, we switched to using our debit cards (NOT CREDIT CARDS) in place of cash for some categories.

We categorized every single debit card transaction manually in spreadsheet for a long time. Then we switched to YNAB!

So, do you prefer cash, debit, or credit? Why? 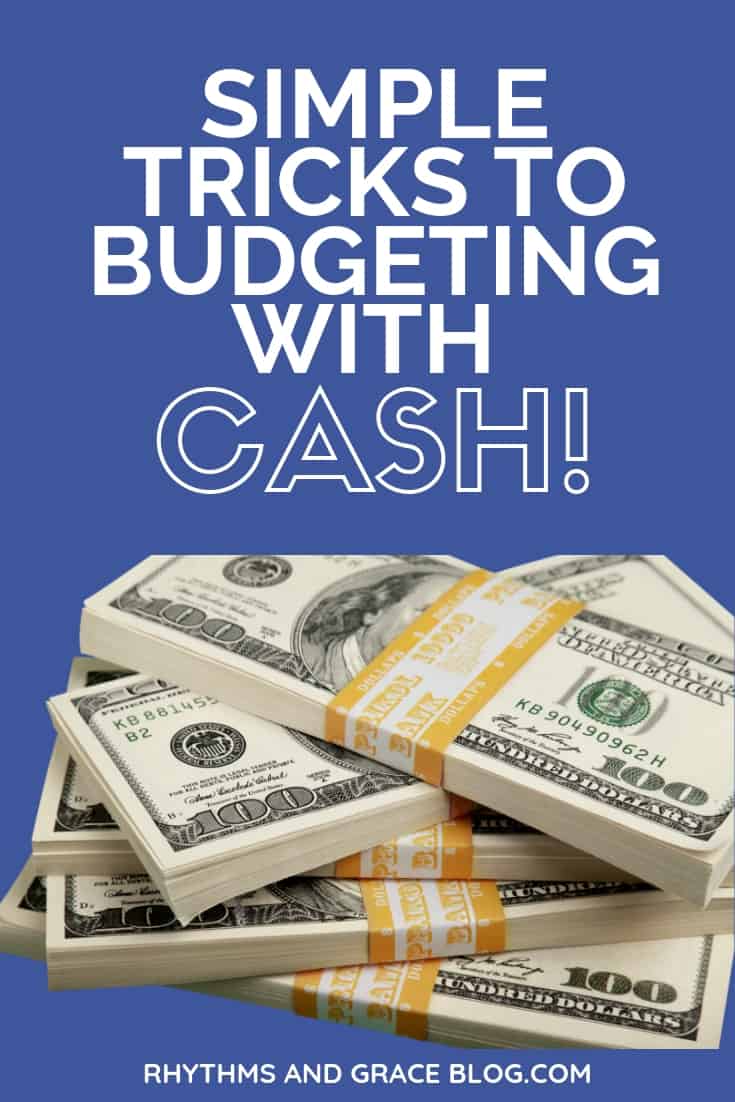